Hi all, not a lot of time to comment this time but since the race is slowly unfolding it is intersting to observe some details.
One is that unlike to Volvo where winner of the first leg to Cape town is usualy the winner of the race on Mini it seems to be better not to win (like the superstition about the prologue races). Corentin in 2005 was the last guy who won the Transat after winning the first leg. Then Isabelle almost abandoned in the second leg after dominating the first one in 2007, Thomas who won the 2009 didn't even finish on the podium of the first leg (off course counting in Faboulus Francisco). And now in 2011 Sebastian abandoned after winning the leg 1.
Other is that Cabo Verdes again proved to make a selection in the fleet. Interesting fact is that 1st, 2nd and 3rd crossed the archipelago from extreme east (David) to extreme west (Thomas) with Bertrand in the middle. Thomas and Bertrand extended their lead to the followers which shows their skill in "boring" subplanning conditions of the trades in that region. Might also not be a coincidence they sail Manuards?
David put the balls on the table and went east. With no weather data this is very risky move that can easily end like Andrea Caracci - loosing any chance for the result after good first leg in 2005. Fortunaltely (and I use that word deliberatly) it played out and he got out with 20-30 miles lead. Maybe we shouldn't be surprised since I believe he proved time and again that his balls are made from a very special alloy :)
Special mention goes to Lucas on 509. He is the only guy in top 10 with boat from the previous generation. She is a sistership to my ex 510 that was sailed by my partner in crime Kristian Hajnšek in 05 and 07 Transat. It is good to see that you can do a solid result with a good old boat that you can purchase for a price of a new production boat.

Doldrums might reshufle cards a little bit since they are only at 11N which means there are still a lot of vicious clouds between competitors and the southern trades. They do look quite "user friendly" at the moment though:

But my bet (with hopefully no major technical problems) would be that the ranking in top 3 we see at the moment will stay to the end. Upwind and reaching 747 and 787 are fastest boats in the fleet and 754 has almost 30 miles advantage to Joerg. He (Joerg) will probably also defend his 4th since he is more experienced sailor to Antoine, but from 5th on things will surely reshuffle.
Publié par Anonyme 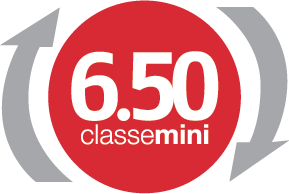 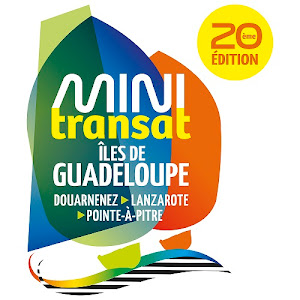